How NOT To Give Away Your Intellectual Property!

How NOT To Give Away Your Intellectual Property!

Tune in to this Go-To Experts informative video on How NOT to Give Away Your Intellectual Property! 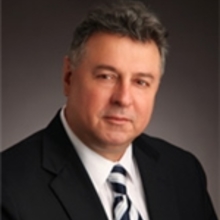 He was President of the Intellectual Property Law Association of Chicago for 2010-11. He co-authored the pattern jury instructions (patents) for the Seventh Circuit (2008) and the Local Patent Rules (2009) for the federal district court (Chicago). He taught the patent law doctrinal course and CLE for Patent Resources Group on the America Invents Act, the “Design Around” course, and patent claim interpretation. He is an adjunct law professor at Northwestern Law School teaching international patents.

Edward is author or lead author of four books for Thomson Reuters Westlaw including The America Invents Act: A Guide to Patent Litigation and Procedure (2013 et seq.), Patent Reform 2011—The Leahy-Smith America Invents Act: Commentary and Analysis (2011-2012), Patent Claim Construction in the Federal Circuit (2006 et seq.) and Patent Claim Interpretation-Global Edition (2008 et seq.). The 2014 edition of the patent claim construction book was quoted by the U.S. Supreme Court. In addition, he has updated other IP books for Thomson Reuters.

He has been voted a Top 100 Super Lawyer® in Illinois for several years and is listed among the Best Lawyers in America®. As of 2013, he had been rated AV-Preeminent by Martindale Hubbell for 30 consecutive years. He received a Linn Inn Alliance distinguished service medal in 2012. One of his law review articles was chosen for inclusion in Tripp, Intellectual Property Law Review (2015) as one of the best IP articles of 2014. He received a Burton Award in 2015 for Distinguished Legal Writing.